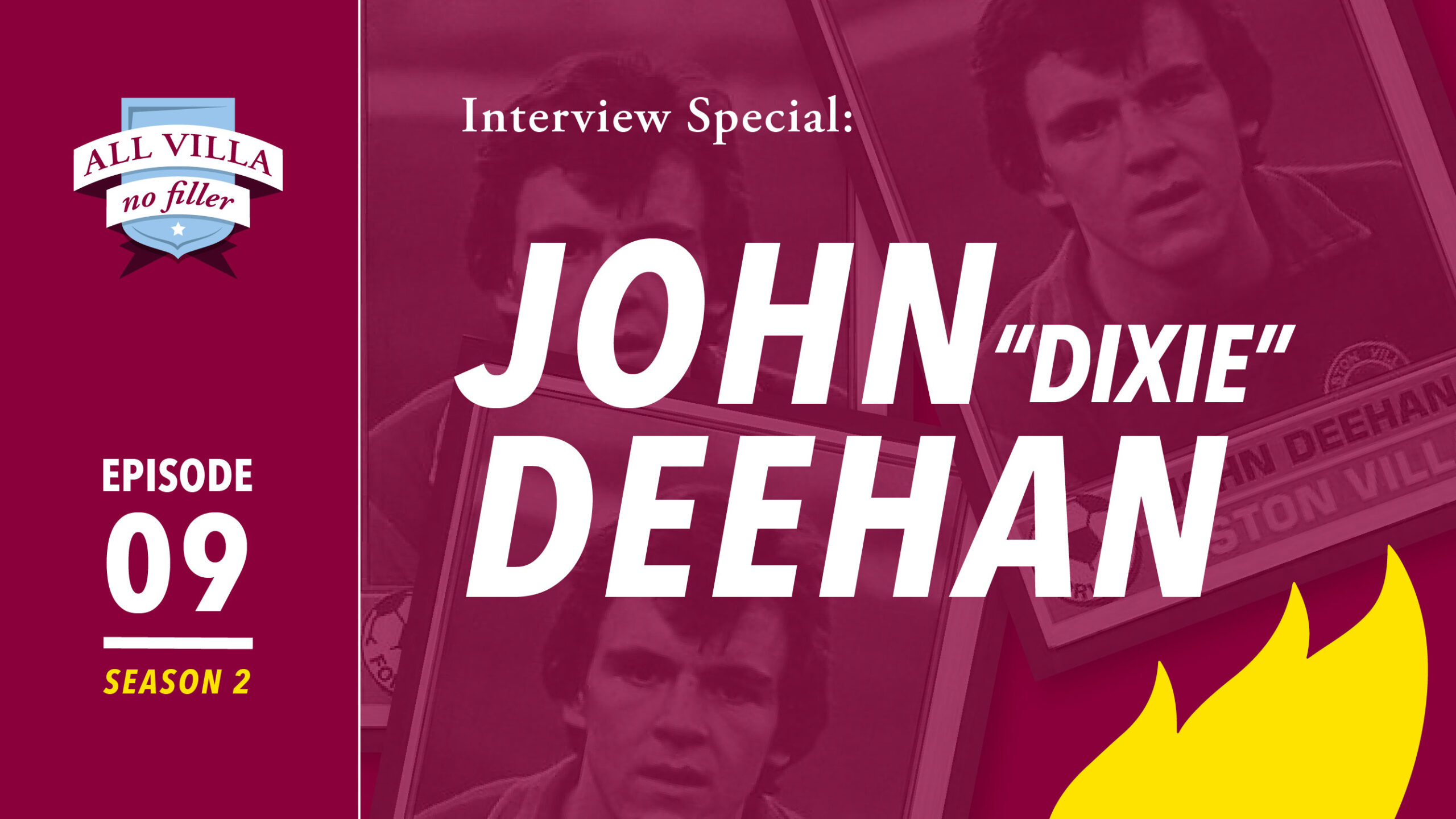 John ‘Dixie’ Deehan grew up an Aston Villa fan and got to live the dream of every Holte Ender by wearing the Claret & Blue jersey and scoring goals for his boyhood team. From 1975-79, John was part of a famous attacking force alongside the brilliant Andy Gray and Brian Little and eventually returned to Villa as assistant manager in 2001. He scored more than 50 goals during his time at the club and won the 1977 League Cup.

In our interview, John describes growing up an Aston Villa fan, getting scouted and making his first team debut at the age of 18. John vividly recalls playing for the great Ron Saunders and sharing goals with Gray and Little. There are also recollections of Villa’s famous 5-1 win over a then mighty Liverpool side, winning the League Cup in dramatic fashion against Everton, scoring a late equaliser in front of the Holte against Johan Cruyff’s Barcelona and being forced to escape as Rangers fans invaded the pitch at Villa Park.

A must-listen for anyone who supports Villa!