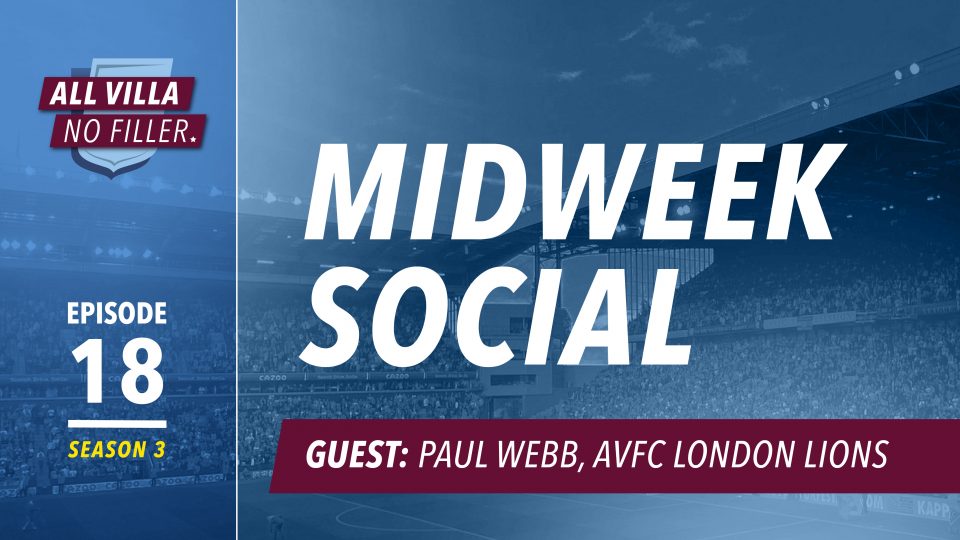 Aston Villa were knocked out of the Carabao Cup on Thursday night at Old Trafford as Manchester United got their revenge for Sunday’s 3-1 loss. Villa were impressive in the second-half at certain points, but gave away frustratingly simple goals in their 4-2 loss.

In the Midweek Social, Frankie is joined by Paul Webb of the AVFC London Lions. Paul attended the game at Old Trafford and shared his frustrations at the loss as well as positives to take from Unai Emery’s first two games in charge.

Also, what is the future for John McGinn? And just how high is Jacob Ramsey’s ceiling?