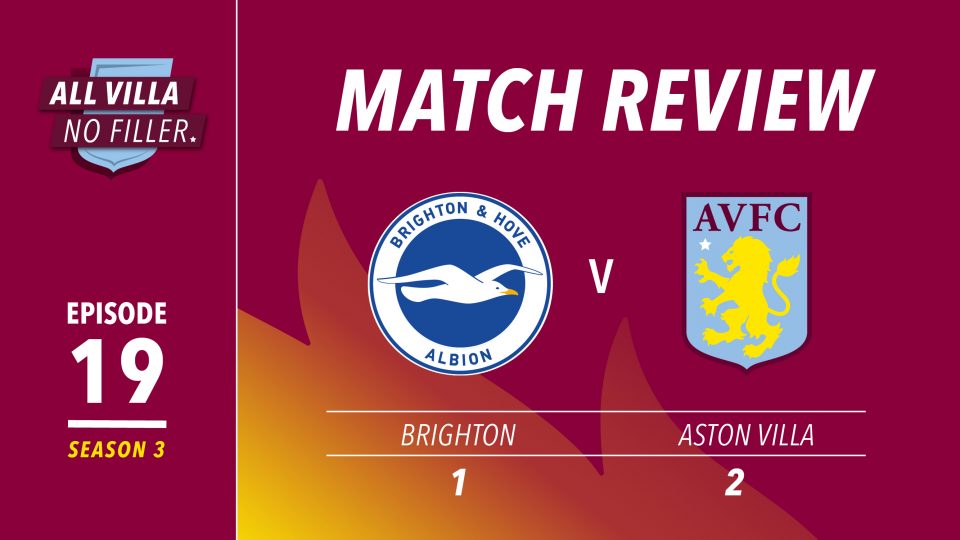 Aston Villa made it two league wins in two with their first away win of the season at Brighton. Unai Emery’s side were resilient and fought back from an early setback to win 2-1.

George and Frankie celebrate Villa’s much needed win before the start of the World Cup. They have high praise for Emery’s tactical approach and the superb performance of Boubacar Kamara.

In the Spicy Question, the duo talk Villa’s new club crest – did you prefer the rounded design or the gaslamp badge?

The two also look at the upcoming World Cup and make a few predictions. They also consider where Villa are right now as the squad prepares for more than a month without club football.