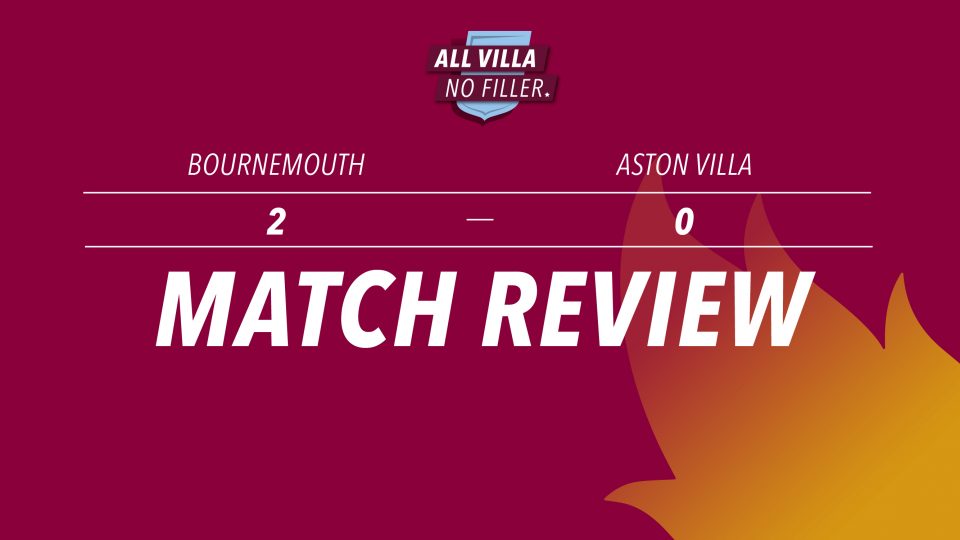 Me: “I’m cautiously optimistic about this season!’

Within one minute of the season starting… 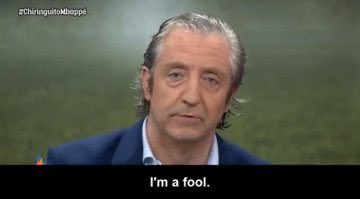 There used to be a group of religious oddballs called The Flagellants. During the 14th century they would march around a town or village whipping themselves across the back in a painful effort to gain god’s forgiveness for their sins (maybe they all supported Birmingham City and knew the errors of their ways). In modern times, instead of physically hurting themselves they would watch Aston Villa play a newly promoted side on the first day of the Premier League season. God would forgive all their sins for enduring that.

Twelve months ago, during the uncertain early post-Grealish days, Villa went 3-0 down away at Watford, a team who were so abysmal they only won another five games all season (and guess who they beat a second time). Dean Smith’s men pulled it back to 3-2, but the game was a disastrous start to the season.

Villa’s miserable opening day last year was somewhat forgivable considering the upheaval the side had just endured. Twelve months on, with Smith’s replacement, Steven Gerrard, now enjoying a full pre-season and serious backing in the transfer market, losing 2-0 away at Bournemouth in such a listless, aimless manner is much harder to understand.

Playing away at a promoted side in the early stages of a season is rarely simple. The emotional currents that runs through a team knowing they’re going to be reviewed by Alan Shearer’s dulcet tones on Match of The Day can often inspire an average group of players to best an overly comfortable Premier League outfit. Numerous top sides have fallen to August humiliations, as Arsenal discovered at Brentford last season.

So, knowing the Vitality Stadium would be electric on Saturday, it was bewildering to see Villa approach the game like they were on the beach at the end of a long season. The players were low energy, indecisive with their passing and appeared to have almost no game plan other than to cross the ball from deep into the box. The relentless crossing was reminiscent of the infamous Manchester United draw with Fulham during the David Moyes era, when United performed an Opta-confirmed total of 8,209,233 crosses (and that was just the second-half). How these incessant aimless crosses made any sense when Villa’s opponents had 6ft 3 behemoth Chris Mepham in central defence ready to head anything into orbit is anyone’s guess.

Villa could not have started the game any worse. Jefferson Lerma’s opening goal came from a corner in the first minute. Poor marking. Low concentration. It was such a bad way to start the season.

To really rub it in, Lerma’s goal was the fastest a newly promoted team had ever scored on the opening day of the season.

1:56 – Jefferson Lerma's goal after 1 minute and 56 seconds is the quickest goal scored on MD1 by a newly promoted team in Premier League history. Founding. pic.twitter.com/lmiiLIuMir

It was the perfect start for Bournemouth. After their opener, the Cherries chose to retreat from Villa, allowing the visiting side most of the ball and defending with what appeared to be five at the back. It numbed Gerrard’s favoured approach of sending the full-backs high up the pitch as both Digne and Matty Cash had barely any room to run into and were largely ineffective on the day.

For all their possession, Villa failed to create a single decent chance. Coutinho was largely anonymous on the left of Villa’s 4-3-3 set-up and Leon Bailey couldn’t make any breakthrough. Lone striker, Danny Ings, probably wondered how he was ever going to score again when Villa’s idea of creating chances was to whack a ball onto Mepham’s head.

In the midfield three, Jacob Ramsey and John McGinn seemed uncertain on how to attack Bournemouth or link-up with the players ahead of them. The one bright spot from the game, Boubacar Kamara, shone like a burning star in darkness. He stuck close to the back two and won the ball in decent positions. Villa have signed a very good player.

Gerrard went with a back two of Diego Carlos and Ezri Konsa. That was understandable considering former captain Tyrone Mings had experienced a difficult pre-season. However, we have travelled this road before, and every time the England international has been benched Villa have often been far less certain at the back. Mings can be a frustrating player sometimes, but he is a leader and Villa usually look better when he is in the team.

There is no guarantee Mings’ presence would have changed much at the Vitality Stadium, but his height and physicality might have challenged Bournemouth’s man-mountain Kieffer Moore, a man so physically imposing he could have applied to replace Atlas in the job of ‘unlucky bloke who has to somehow hold the entire world up’. It would be no surprise to see Mings return to the starting XI next week ahead of Konsa, although Gerrard’s post-match comments were intriguing. The Villa manager said he wanted Mings to look him in the eye and convince him he was ready to play. It might fire-up Mings to perform to a higher level, but publicly calling out a player often has an adverse effect. Gerrard’s approach to Mings is confusing right now.

Gerrard made the right call to introduce Emi Buendia at half-time, though it was a surprise to see him come on for Ramsey. Unfortunately, Buendia showed the same uncertainty as everybody else with his passing and approach play and was unable to affect the game.

The second-half was similar to the first. Villa had lots of possession, sent in loads of crosses to the great clunking head of Mepham, and then conceded another miserable goal due to some lackadaisical defending from a set-piece.

The fact both Bournemouth goals came from dead ball situations is a concern. The warning signs were clear in last week’s friendly at Rennes, where Villa were constantly vulnerable from set pieces. It is an issue the coaching staff will have to rectify quickly or else every ‘big lad up front’ will be counting down the days to playing against Gerrard’s side.

Gerrard’s opening few months at Villa were a mixed bag, but he could argue he had not had a pre-season. He could also say he had not signed many of his own players. Those arguments no longer hold. He has been backed heavily in two transfer windows and he should have a strong sense of his best XI. On the opening day’s evidence, he is no closer to figuring out what he wants his Villa team to be than he was last season.

It is important not to overreact to an opening day loss to a promoted side as these things can happen. However, if we are brutally honest, Gerrard’s recent league form is two wins in twelve. That has to change soon. The Bournemouth loss was a terrible way to try and fix that poor form. Villa will have to bounce back quickly and a decent result against Everton at Villa Park is the place to start.

Let us end this blog with some inspiring words from the mighty band D:Ream.